I was sitting in a hallway way uptown in Harlem,
basking in the ambiance of a landmark,
coming to terms with the fact that life is confusing
and not going so great.

My little brother acting as a crutch
to my falling pieces of emotion.

My young friend is usually the one needing a pamper change
or some similac but this day,
I was the baby
like a little egg with no shelter
vulnerable to the harsh reality of this world.

“Lets get past the politicking so I can get to the solution of the crazed equation.”

At the moment
something felt like everything and everything nothing but
nothing was an understatement of my situation.

Til we lit up the endo, opened the window
let the smoke escape like a wrinkle in time.

Now logged into a world of understanding
where I met with my thoughts to have a sit down,
though the meeting didn’t go as planned because of
the smallest distraction
which turned out to be
more like one of the greatest insights
I’d had in a long time.

We thought we were the only ones in the hallway.

Turns out there was another conflict right above my nose
causing me to look up
a battle between fly and spider.

The fly’s wings were pinned to a web

like a insect reenactment of Christ on the cross.

Now, though the fly is helpless
when the spider approached
he still fought
he kicked and kicked so hard.

I was rooting for the fly.

For fifteen minutes I watched.

I don’t know if it was that the fly was strong enough to know
he wasn’t gonna get off but would rather die fighting till his time was up,
or that he was bold enough to stand up to the spider,
or that you just have to keep kicking no matter what’s going on.

Eventually my brother couldn’t take it anymore
and ended it for the fly
as well as the spider
but hey it was already a life or death matter–
sometimes you just have to thug it out. 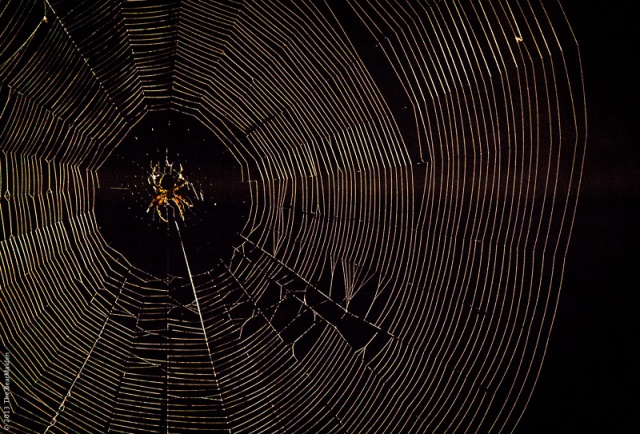